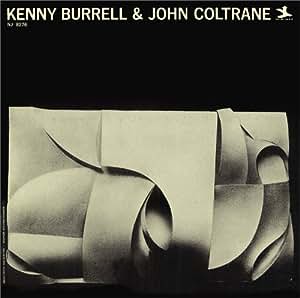 This short but sweet gathering cut their teeth on two Flanagan compositions, another two lifted from the Great American Songbook, and a Kenny Burrell original. Flanagan 's tunes open and close the Kenny Burrell John Coltrane Kenny Burrell John Coltrane, with the spirited "Freight Trane" getting the platter underway. While not one of Coltrane 's most assured performances, he chases the groove right into the hands of Burrell. The guitarist spins sonic gold and seems to inspire similar contributions from Chambers ' bowed bass and Coltrane alike.

Especially as the participants pass fours read: four bars between them at the song's conclusion. Once he passes the reins to Coltranethe differences in their styles are more readily apparent, with Burrell organically emerging while Coltrane sounds comparatively farther out structurally. Much of the same can likewise be associated to Burrell 's own "Lyresto," with the two co-leads gracefully trading and incorporating spontaneous Audience Audience. While not as pronounced, the disparity in the way the performance is approached is a study in unifying and complementary contrasts.

Together they weave an uncanny and revealing sonic tapestry Johnny Cash Sings Hank Williams captures a pure and focused intimacy. This, thanks in part to the complete restraint Doctor Rockit Whoosh the ensemble, who take the proverbial "pause for the cause" and sit out.

What remains is the best argument for the meeting of these two jazz giants. The performance can likewise be located on the various-artists Original Jazz Classics: The Prestige Sampler and Playboy Jazz After Dark and is worth checking out, regardless of where one might find it.

Unquestionably, the intimate fragility that imbues "Why Was I Born" stands as a singular event with Burrell and Coltrane finding themselves musically entwined with Piero Umiliani Temi Descrittivi Per Piccolo Complesso each other as support.